STAMFORD, Conn.–(BUSINESS WIRE)–WWE® (NYSE: WWE), Dallas Mayor Eric Johnson and Arlington Mayor Jim Ross today announced that WrestleMania generated $206.5 million in economic impact for the Dallas/Arlington region this past April, according to a study conducted by the Enigma Research Corporation. This marks a new company record and the first time in history that WrestleMania has generated more than $200 million in economic impact. 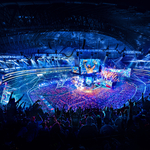 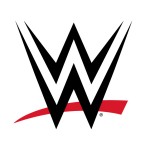 Over the past 12 years, WrestleMania has generated more than $1 billion in cumulative economic impact for the cities that have hosted the event. WrestleMania also generated approximately $24.8 million in federal, state and local taxes.

“On behalf of the Jones family and the entire Dallas Cowboys organization, we congratulate WWE on their milestone success of WrestleMania at AT&T Stadium,” said Dallas Cowboys Chief Brand Officer Charlotte Jones. “We were honored to partner with WWE and their Superstars to give back to the community in a multitude of ways during WrestleMania Week.”

“On behalf of the city of Arlington, we congratulate WWE and their fans for surpassing $200 million in economic impact for the first time in WrestleMania history,” said Arlington Mayor Jim Ross. “We are glad to have shared this success and look forward to the opportunity for AT&T Stadium to host a future WrestleMania.”

“We are thrilled that WrestleMania’s return to full capacity generated stupendous record results for our partners in Dallas and Arlington, showcasing the continued growth for WWE’s largest annual celebration,” said WWE Executive Vice President of Special Events John P. Saboor. “This success would not have been possible without the tireless support of Mayor Johnson, Mayor Ross, Charlotte Jones and the entire Jones family, the Dallas Cowboys organization, Dallas Sports Commission, American Airlines Center and the rest of our public and private sector partners throughout the region. We now turn our focus to next year’s WrestleMania in Hollywood.”

A capacity crowd of 156,352 fans from all 50 states and 53 countries attended WWE’s pop-culture extravaganza over the course of two nights this past April, making it the highest-grossing and most-attended event in WWE history. Key highlights from the study include:

Next year, WrestleMania will take place Saturday, April 1 and Sunday, April 2 live from SoFi Stadium in Los Angeles. The event will stream live exclusively on Peacock in the United States and WWE Network everywhere else. Ticket information will be forthcoming.

Enigma Research Corporation is an international consulting firm which specializes in measuring the economic impact of special events. Enigma’s economists developed a customized model which converted expenditures into economic impact, employment supported and taxes generated as a result of the event.

WWE, a publicly traded company (NYSE: WWE), is an integrated media organization and recognized leader in global entertainment. The Company consists of a portfolio of businesses that create and deliver original content 52 weeks a year to a global audience. WWE is committed to family-friendly entertainment on its television programming, premium live event, digital media and publishing platforms. WWE’s TV-PG programming can be seen in more than 1 billion homes worldwide in 30 languages through world-class distribution partners including NBCUniversal, FOX Sports, BT Sport, Sony India and Rogers. The award-winning WWE Network includes all premium live events, scheduled programming and a massive video-on-demand library and is currently available in more than 180 countries. In the United States, NBCUniversal’s streaming service, Peacock, is the exclusive home to WWE Network.

Additional information on WWE can be found at wwe.com and corporate.wwe.com.

Forward-Looking Statements: This press release contains forward-looking statements pursuant to the safe harbor provisions of the Securities Litigation Reform Act of 1995, which are subject to various risks and uncertainties. These risks and uncertainties include, without limitation, risks relating to: the COVID-19 outbreak, which may continue to affect negatively world economies as well as our industry, business and results of operations; entering, maintaining and renewing major distribution and licensing agreements; a rapidly evolving and highly competitive media landscape; WWE Network; computer systems, content delivery and online operations of our Company and our business partners; privacy norms and regulations; our need to continue to develop creative and entertaining programs and events; our need to retain and continue to recruit key performers; the possibility of a decline in the popularity of our brand of sports entertainment; the possible unexpected loss of the services of Vincent K. McMahon; possible adverse changes in the regulatory atmosphere and related private sector initiatives; the highly competitive, rapidly changing and increasingly fragmented nature of the markets in which we operate and/or our inability to compete effectively, especially against competitors with greater financial resources or marketplace presence; uncertainties associated with international markets including possible disruptions and reputational risks; our difficulty or inability to promote and conduct our live events and/or other businesses if we do not comply with applicable regulations; our dependence on our intellectual property rights, our need to protect those rights, and the risks of our infringement of others’ intellectual property rights; the complexity of our rights agreements across distribution mechanisms and geographical areas; potential substantial liability in the event of accidents or injuries occurring during our physically demanding events; large public events as well as travel to and from such events; our expansion into new or complementary businesses, strategic investments and/or acquisitions; our accounts receivable; the construction and move to our new leased corporate and media production headquarters; litigation; a change in the tax laws of key jurisdictions; our feature film business; a possible decline in general economic conditions and disruption in financial markets including any resulting from COVID-19; our indebtedness including our convertible notes; our potential failure to meet market expectations for our financial performance; Vincent K. McMahon exercises control over our affairs, and his interests may conflict with the holders of our Class A common stock; our share repurchase program; a substantial number of shares are eligible for sale by the McMahons and the sale, or the perception of possible sales, of those shares could lower our stock price; and the volatility of our Class A common stock. In addition, our dividend is dependent on a number of factors, including, among other things, our liquidity and historical and projected cash flow, strategic plan (including alternative uses of capital), our financial results and condition, contractual and legal restrictions on the payment of dividends (including under our revolving credit facility), general economic and competitive conditions and such other factors as our Board of Directors may consider relevant. Forward-looking statements made by the Company speak only as of the date made and are subject to change without any obligation on the part of the Company to update or revise them. Undue reliance should not be placed on these statements. For more information about risks and uncertainties associated with the Company’s business, please refer to the “Management’s Discussion and Analysis of Financial Condition and Results of Operations” and “Risk Factors” sections of the Company’s SEC filings, including, but not limited to, our annual report on Form 10-K and quarterly reports on Form 10-Q.