Gaming and TV Announcements Rule Supreme With Bigger, Better and More Vibrant Offerings Than Ever Before

LAS VEGAS–(BUSINESS WIRE)–#CES—The Shortcut, a leading Substack tech news and reviews site that aims to simplify your life, hit the halls of the Las Vegas Convention Center this week to check out all of the exciting, new products announced at the world’s biggest tech trade show. From innovative chipset advancements to eye-catching automobiles, we bring you a list of our CES 2023 standouts. 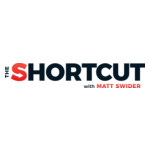 This year’s winners include:

“This year’s CES delivered the comeback story we’ve all been waiting for: 100,000 people returning in-person to get a glimpse into the future of technology, and we were there for it,” said Matt Swider, founder and editor-in-chief of The Shortcut. “As we perused this year’s announcements, the competition was fierce, forcing us to select offerings that are truly creating ‘Shortcuts’ with tech break-throughs in their respective categories.”

“Where LG seemed to put its true innovative side to work was the impossibly-large, 97-inch LG M3 OLED TV. Its commanding presence, though, isn’t the innovation – it’s the fact that this daredevil TV works without wires. (I mean, mostly. There’s still a power cable, but it routes through the stand so you can hide it). Goodbye, HDMI.

The LG M3 accomplishes this by putting the innards and ports in a box across the room – as far as 30 feet away – and that’s where you’ll put your game console, your 4K Blu-ray player, and all your various other electronic bric-a-brac. The box then beams it over to the TV using WiFi, or something very much like it. Everyone who’s seen it seems to have come away deeply impressed – including us!” – Wes Davis

“BMW’s i Vision Dee combines the color-changing iX Flow E ink paint technology with the i Vision Circular concept we’d seen before. Nevertheless, we got a more extensive look at the dynamic body panel color adjustments that brought the concept a little closer to reality. It’s fitting the automaker put Herbie on the stage tonight, as the rhythmic automatic paint jobs and blinking front grille could not have reminded me more of the little Love Bug.” – Gabe Carey

“Sony’s PlayStation VR 2 headset renewed my hope for virtual reality. It looks and feels good, and the specs boast something not offered by some of Sony’s competitors: eye-tracking on a 4K display at a reasonable price point of only $549.” – Matt Swider

Stay tuned for a full Sony PSVR 2 review from The Shortcut next month, where we will have an in-depth look at how the first PSVR 2 games perform.

“This is the closest we’ve come to a portable Xbox, and that had me smiling at CES this year. The Razer Edge is a handheld gaming juggernaut powered by Qualcomm’s Snapdragon G3x Gen 1 chipset, enabling it to smoothly play every Android game and stream Xbox Game Pass Ultimate and other cloud games. I’m especially enamored by the possibilities of the Razer Edge 5G from Verizon, which will make this already portable gaming machine very portable with support for both Sub 6 and Verizon’s super-fast mmWave technology.” – Matt Swider

“If there’s a new WiFi standard, Asus is there with something that supports it as soon as can be, and while the Asus ROG Rapture GT-BE98 isn’t quite the first WiFi 7 gaming router out into the world this time…it’s one of the fastest, and certainly the head-crabbiest.” – Wes Davis

“The new Lenovo YogaBook 9i is the dual-screen laptop that wants to be your multi-monitor workstation replacement. The two screens can be stacked on top of one another in landscape or aligned vertically and tipped on its side edge, using the included folio as a stand. It was easily the best laptop we saw at CES.” – Wes Davis

“Leading the pack is the new Razer Blade 18, which Razer claims to be the ultimate desktop replacement. This is an 18-inch best gaming laptop contender that’ll be packed with the most powerful components on the market, along with a huge display. The larger chassis also allows for an all-new cooling solution that allows the Razer Blade 18 to take full advantage of up to an RTX 4090.” – Jackie Thomas

“At CES 2023, Intel launched its 13th-generation mobile lineup, and rather than a staggered release, it has chips for every type of laptop on the market, along with some fresh desktop SKUs. The highlight, of course, is the new 13th-generation HX series, which will be behind the best gaming laptops of 2023.” – Jackie Thomas

“​​All of the companies had giant TVs to show off this year, but the TCL QM8 really impressed us with its gargantuan 98-inch size. This 4K QLED TV set is a 6-Series replacement that has more than 2,300 dimming zones and over 3,000 nits brightness, earning our pick for the best TV of CES 2023. The QM8 comes equipped with WiFi 6 – still a rarity on TV sets – and a built-in subwoofer.” – Wes Davis

“Samsung’s Odyssey monitors are seeing big upgrades this year, starting with the Odyssey Neo G9. The 57-inch version is an incredibly wide 32:9 monitor with a 7,680 x 2,160 resolution – essentially the top half of an 8K TV. It uses Mini LED backlighting, so I’d expect high contrast and good-to-great HDR performance, hopefully with minimal blooming.” – Jackie Thomas

“The Razer Leviathan V2 Sound Bar takes what was already one of the best PC audio products and improves it with incredible motion-tracking technology that makes sure you’re in the middle of the action. Plus, with its stylish RGB lighting, it’ll make an excellent centerpiece for any PC gaming setup.” – Jackie Thomas

“The chunky TCL RayNeo X2 might make you look like a near-future Jeff Goldblum, but it may be worth it for all the tech they carry in their heft. Dual, high-contrast Micro LED displays with up to 1,000 nits brightness promise to offer a truly useful augmented reality experience without cramping your style (as long as that style is cheerfully quirky).” – Wes Davis

“Samsung Display brought magic to CES 2023 with innovative displays that are destined to change the way we interact with screens. I was shown prototype smartphone and tablet OLED designs that wowed me, providing an inside glimpse into the future. The tri-fold display felt like it was one step ahead of my Samsung Galaxy Z Fold 4, and tablets with several slide-out screens automatically expanded display real estate right before my eyes. The true standout is the Samsung Flex Hybrid OLED, which combines the benefits of foldable and slide-out technology into one device.” – Matt Swider

SPARK. Media on behalf of The Shortcut