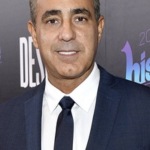 Mr. Newton I. Myvett, President of The Art Institute of Atlanta, said: “We
are honored to have someone with the vision and industry expertise of
Ozzie Areu as this year’s keynote speaker. Our academic programs
are formulated with industry input to ensure students are equipped with
skills and competencies that are aligned with industry standards. Having
Mr. Areu as the keynote speaker of our commencement ceremony will give
our graduates insightful, hard-won knowledge that will propel them to
success.”

Cuban-American producer Ozzie Areu is the Founder & CEO of Areu Bros.
Studios, the first Latino-owned and operated film and television studio
in the United States. www.areubros.com

Ozzie’s introduction to the entertainment industry began with a security
guard position at Warner Bros. His tireless work ethic led him to be the
head of security for “Friends,” which opened doors for him such
as becoming a personal assistant to Jennifer Aniston and Brad Pitt for
five years, followed by two years with Ellen DeGeneres and Portia De
Rossi. He was then hired by Tyler Perry to be his Executive Assistant.

Ozzie began commuting from Los Angeles to Atlanta in order to stay close
to his family until his family encouraged him to make the move and try
to learn as much as possible from a visionary and pioneer such as Tyler
Perry. Ozzie was promoted from assistant to President of Tyler Perry
Studios just about a year after starting with Tyler.

Since his start as President of Tyler Perry Studios, where Ozzie also
served as Executive Producer, he has become a trailblazer in the
entertainment industry. During his fruitful career, Ozzie has made many
films and produced over 900 episodes of television dramas and sitcoms
over nine different series. Ozzie helped manage Tyler Perry Studios’
vision for his company, “A Place Where Even Dreams Believe,”
intertwining worlds through storytelling and family-friendly
entertainment, while inspiring audiences with real-life and
thought-provoking issues.

After 13 years of working for Tyler Perry he left his post as President
to become the Owner and Founder of Areu Bros. Studios. Ozzie purchased
Tyler Perry’s former studio complex in December 2018 in Southwest
Atlanta, with the aim of transforming it into a multifaceted media
campus encompassing music, tech, short-form content, motion pictures and
television operations.

Additional Awards include the Georgia Highlight Award (2015) and the
Who’s Who Top 100 Presidents (2015). The Hispanicize Latinovator Award
(2016), American Diabetes Association (2016), Father of the Year Award
(2016), CEO Executive Excellence in Entertainment Award by the Georgia
Hispanic Chamber of Commerce (2016), Men In Black Award (2016) and was
also recognized by Fox News Channel for Hispanic Heritage Month (2016).
He and his brother received the 2017 Untold Stories Honorees by the
Black Women Film Network and were featured in CNN Money: My American
Success Story.

The Art Institute of Atlanta is one of The Art Institutes, a system of
private, non-profit schools throughout the United States. Programs,
credential levels, technology and scheduling options vary by school and
are subject to change. 6600 Peachtree Dunwoody Rd, NE, Embassy Row,
Atlanta Georgia 30328. © 2019. The Arts Institutes International LLC.
All rights reserved.