Together, Supernatural and Coach Coulée work to amplify queer, Black voices, promote inclusion and acceptance, and spread the love—all through song + sweat

“To partner with Supernatural in amplifying Black queer voices, sharing this message of love and promoting self-worth through movement—mobilizing in VR—is really something special,” Coulée said. “The visibility, the spread of love and togetherness, the inclusion of folks like us, the acceptance…I’m in awe of what we’re doing and accomplishing in this medium.”

Coulée’s Guest Coach debut comes at the end of the month, launching June 30th, encapsulating all the joy and out-loudness that preceded her while also catapulting her voice, and all queer voices, beyond Pride month, forever forward. Her workout, “Flow: Pump You Up 90s” is one of five new love-filled sessions in Supernatural’s “Move with Pride” catalog, all of which will remain available in app, in perpetuity.

“Move with Pride” is about celebrating each of us, honoring the leaders who have fought the darkness with light and have made space for the queer community to emerge with, well—Pride,” said Supernatural’s Head of Product Marketing and Community, Jonny Ahdout. “Choosing yourself is f#*&ing scary, especially when we are gay, trans, non-conforming and queer, but creating spaces where we don’t have to hide and can shine bright is how we shift and make change, hopefully one vogue flow at a time.”

Supernatural is honored to align with Guest Coach Coulée and is grateful for her bravery, boldness, authenticity and willingness to share her story with us, our Athletes and the world.

In the paraphrased words of Robin S, “If you’re looking for devotion, talk to we.”

Each Supernatural membership includes access to the full and ever-expanding catalog of integrated fitness offerings plus a curated selection of Supernatural Programs and Collections designed to help members meet individual fitness goals with results that benefit both body and mind. Sign up for a free trial followed by $18.99/month or $179.99/year. Membership automatically begins and renews monthly after the free trial ends. Cancel at any time. For details visit www.getsupernatural.com

Supernatural, the world’s first subscription-based, full-body fitness service for virtual reality, is a connected fitness app that uses the power and benefits of virtual reality—through the Meta Quest and Meta Quest 2—to provide members with immersive health and wellness experiences. With workouts that integrate both mind and body movement, Supernatural creates an experience that is focused on making fitness fun. Supernatural offers members an industry-leading music library with the most expansive collection of major-label music with more than 1000 songs from the world’s biggest artists, and awe-inspiring photoreal workout destinations that make working out a joyful experience.

Shea is a professional drag queen, musician, and podcaster best known for competing in RuPaul’s Drag Race and winning RuPaul’s Drag Race All Stars. In 2016, they created and starred in Lipstick City and soon after released their debut EP, Couleé-D. Since then, Shea has continued their musical career, starred in their own web series, podcast, and toured both domestically and internationally. Shea is celebrated as an activist focused on uplifting LGBTQIA individuals and the BIPOC community. They have shared how important it is for them to continue to harness their career in drag to inspire. They have been particularly outspoken about racial equality, especially within the RuPaul’s Drag Race fandom and drag community

In April 2022, Shea was announced as one of the eight returning winners that would be competing in seventh season of RuPaul’s Drag Race All Stars, the first ever all-winners season of Drag Race. As part of Shea’s entrepreneurial endeavors, they have not only released music but also created their own brand of spa in collaboration with The Quiet Girl Shoppe, a female, Black-owned business, and collaborated with Green Monké to produce their own Cannabis-infused Soda drinks.

Shea was most notably outspoken throughout 2020 to uplift BIPOC communities in the wake of George Floyd, and received some coverage in tandem with her activism work and POV on the Black experience on Drag Race. Sharing a sampling below to give you a sense of what they’re all about. Another note for Shea’s bio – it was recently announced that they are one of the Superstar acts headlining the 2022 Pride in the Park Chicago. 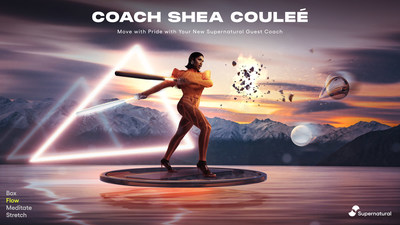 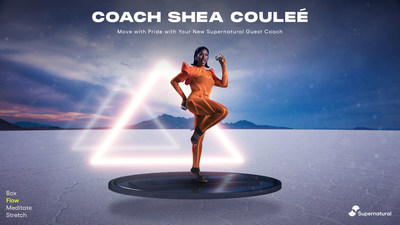