NEW YORK, April 27, 2021 /PRNewswire/ — New REFORM Alliance CEO Robert Rooks today announced Give Life Back, a campaign to inform, inspire, and activate people to become part of the growing movement to transform the parole and probation system in the United States. As part of the campaign, a thought provoking 90-second film titled Technically Illegal* was released, providing a look into the ‘probation trap.’

Every four minutes, someone on supervision is sent to prison, not for committing a new crime, but because of a technical violation of a parole or probation term.  The current system allows people to be locked up for the most minor and non-criminal violations of those rules, such as being broke and not able to pay a bill, picking up kids from school or an event in a different county, seeing a loved one who is also on probation or parole, or running an errand past curfew.

The launch of Give Life Back marks the three-year anniversary of REFORM’s co-chair Meek Mill’s release from a controversial prison sentence. The Grammy-nominated recording artist was given a 2-4 year sentence in November 2017 for popping a wheelie — deemed a technical violation of his probation rules — sparking the #FreeMeek movement and later the formation of REFORM Alliance.

“The probation system isn’t designed to rehabilitate, it’s intended to reincarcerate,” said Meek Mill. “For our team at REFORM, it’s important to educate the public about these issues because no one should ever be sent back prison for non-violent, technical probation offenses like being late to a meeting with a probation officer or being unable to pay a fine.”

“To create meaningful change to our criminal justice system, we must also reform the cultural perception of probation,” said Michael Rubin, co-chair of REFORM Alliance.  “Our hope is that REFORM’s Give Life Back initiative will continue to raise awareness to the flaws within our probation system and pave the way for a collaborative, bipartisan solution.”

The campaign kicks off a summer of activism for probation and parole reform.  In the coming weeks, REFORM Alliance and its partners also plan to introduce legislation to reform policies at the federal level.

“Transforming the failed and costly parole and probation system to provide people with a meaningful and effective pathway to take care of themselves and their families would give life back to millions of people throughout this country,” said Mr. Rooks, who has dedicated his life to social justice as co-founder of the Alliance for Safety and Justice and former Criminal Justice Director for the NAACP.

“The outcome of replacing the current broken system with one that is restorative, accountable and focused on making the right investments will mean increased stability, stronger families and safer communities,” Mr. Rooks said.

Probation and parole systems were originally created to avoid sending people to prison, and meant to hold people accountable while redirecting them back to work, school, family, and community. Unfortunately, in practice probation and parole have become a revolving door to prison that excludes people, families, and entire communities from wellness and stability. The current system fails to prepare people for a life outside.

Of the approximately 6.6 million Americans in the criminal justice system, more than 4.5 million are currently on probation and parole. Nearly 25% of all state prison admissions each year are results of supervision violations. This broken and failed probation and parole system costs taxpayers 2.8 billion dollars annually.

Developed in partnership with creative agency Droga5 and directed by acclaimed cinematographer Malik Hassan Sayeed, the scenes in Technically Illegal* have been informed by the lived experience of people in the justice system and highlight examples of the everyday things considered technical violations of probation or parole terms that can send people back to prison..  The film gives audiences a chance to witness the difficult web of rules and the impact these systems have on mental health, families, and communities.

To build on the stories included in the film, REFORM is using Instagram to highlight the stories of real people who are on or have been on probation or parole, and have had to deal with the effects of the flawed system. “I used to think, what if I’m at the supermarket and come across somebody I know? What if they had been convicted of a felony? Do I have to constantly be reporting this to my probation officer and do they have to report it too? And what happens then?” said Judith, who is one of the profiles featured by the campaign. “I remember one particular case where the person had become so exhausted by the restrictions of their probation rules that they decided to come back to prison and finish the term, because that was the easier option. You tend to want to just crawl in bed and stay there because of fear of being violated for whatever reason, and having your life turned upside down maybe out of your control.”

Over the coming weeks, REFORM will also introduce an augmented reality experience that will help people begin to grapple with the impossible choices people on probation and parole face everyday.

To be part of the movement that will Give Life Back to millions of people trapped in a failed and costly system, go to www.reformalliance.com and sign up to become a Reformer.

About REFORM Alliance:
REFORM is committed to transforming probation and parole throughout the United States by changing laws, systems, and culture. The organization is working to replace America’s criminal justice system with a restorative approach that is fair, accountable and invested in rehabilitation. Our goal is for people to reenter society with dignity, create meaningful pathways to work and equip them with the tools to succeed all while making families and communities safer and stronger. 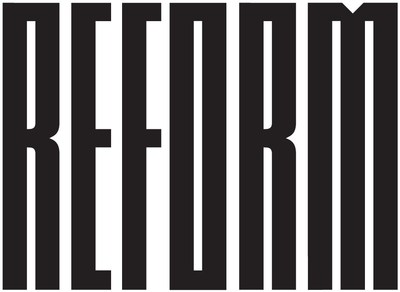 AppliedVR Partners with Kernel to Measure Brain Activity Changes Before, During, and After Virtual Reality (VR) Treatment of Chronic Pain

AppliedVR Partners with Kernel to Measure Brain Activity Changes Before, During, and After Virtual Reality (VR) Treatment of Chronic Pain