Premiere blockchain gaming platform Mythical Games, along with Krafton, Ubisoft, FaZe Clan, Animoca Brands, among others, collaborate to give gamers a seat at the table 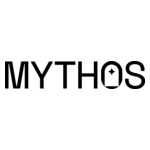 The Mythos Foundation is initially focused on five key areas of development:

Mythos is also announcing the Mythos token (MYTH), an ERC-20 mainnet token with a fixed supply of 1 billion tokens, that will provide web3 game utility and facilitate ecosystem governance, giving gamers, developers, publishers, and content creators the opportunity to participate and contribute to a truly decentralized ecosystem. Mythical Games is the first to adopt MYTH as its native utility token on the Mythical Chain and will use the token on its Mythical Marketplace.

The Mythos Foundation has recruited an initial group of ecosystem partners who will help move standards forward and work collaboratively on the development of a fully decentralized NFT Transport Protocol connecting the best in the games industry with the best blockchain / web3 projects and initiatives. The initial Mythos ecosystem partners include:

These partners will be eligible to serve a one-year term on one of the three separate subcommittees once elected through the Mythos DAO by MYTH token holders.

“Mythical has always been a gamer-first platform, and today’s announcement signals our commitment to ensuring our community has increased ownership over their gaming experience,” said John Linden, CEO of Mythical Games. “MYTH token holders will be the driving force as we, in collaboration with the Mythos Foundation and other industry partners, continue to revolutionize and democratize gaming in order to give everyone a seat at the table. This initial group of partners is one of the largest gaming alliances ever announced and will help transform all aspects of gaming in web3. We are proud to be amongst this amazing group of partners.”

“Video games have always been fueled by their community, but gamers have often missed out on the opportunity to have a voice and a direct impact to their gaming experience,” said Pete Hawley, Chief Product Officer of 100 Thieves. “We are supportive of any efforts to allow the community to be a bigger part of the gaming experience. Mythos also helps gaming companies interested in web3, but not yet pursuing web3, to understand these new solutions and standards and how they can impact games and game communities in the future.”

The Mythos Foundation is also announcing an initial group of advisors from the blockchain, gaming, and entertainment industries. The initial set of advisors includes:

About the Mythos Foundation

Mythical Platform protects gamers that may be new to blockchain through a custodial wallet for their digital items, while allowing advanced players the freedom to link their own wallets via bridges between the Mythical Chain and public mainnets. With its “gamers-first” focus, the Mythical Platform ensures players don’t need to dive into the intricacies of blockchain to enjoy ownership of their digital collections and have a great game experience.

WWE’s “Next In Line” Program Partners With Exos