WEST HAVEN, Conn.–(BUSINESS WIRE)–The University of New Haven announced today that it will host the New England regional of the Collegiate Penetration Testing Competition (CPTC). Seven schools, including a team of students from the University of New Haven, will engage in a rigorous penetration testing competition and write a report that will be evaluated by experts and professionals in the field. 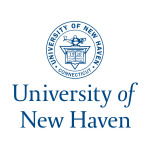 “This is an excellent opportunity for the University to showcase our talented and hard-working students and to raise awareness of our standing as a leader in cybersecurity, digital forensics, and computer science education and research,” said Ibrahim “Abe” Baggili, Elder Family Endowed Chair of Cybersecurity and Computer Science and assistant dean of the University’s Tagliatela College of Engineering.

Earlier this year, the University of New Haven was designated by the National Security Agency (NSA) as a Center of Academic Excellence in Cyber Operations. The distinction has been earned by only 21 colleges and universities across the Unites States. The university is also the only recipient in the state of Connecticut of a $4 million National Science Foundation grant as part of the CyberCorps® Scholarship for Service program to help educate future cybersecurity professionals to enter the governmental workforce.

Opportunities such as the CPTC provide students with a realistic experience that enables them to apply what they have learned in the classroom and to prepare them for their careers. In 2017, at the CPTC, the University defeated teams from Penn State, Drexel, the University of Buffalo, and Carnegie Mellon, which are all among the top universities worldwide in cybersecurity and technology education.

“Our students are bright, passionate, and determined,” said Baggili. “They have excelled at regional and national competitions, defeating schools with enrollments in cybersecurity up to five times larger than ours. We are excited for the opportunity to demonstrate our skills as we host what promises to be a spirited competition.”

As part of the competition, teams will perform a penetration test on a fictional bank that, as part of the simulation, has been a leader in introducing new banking innovations. A recent security analysis has shown several vulnerabilities. Resolving these issues is critical to ensuring the ongoing viability of the bank.

Each member of the top three teams in the competition will be offered half-tuition scholarships to pursue a master’s degree in Cybersecurity & Networks at the University of New Haven. “Students are competing not only to go to the final round of this prestigious international competition, but also to earn highly sought after scholarships to further their education and research.”

On the first day of the competition, participants will enjoy a social event featuring a New Haven pizza truck, an arcade truck, and a virtual reality gaming truck, before getting to work.

The University of New Haven is the diamond sponsor for this year’s CPTC New England regional, which is also being supported by IBM, the MITRE Corp., and Marcum LLP.

About the University of New Haven

The University of New Haven is a private, co-educational university that was founded on the Yale campus in 1920.

Over the past 15 years, under the leadership of President Steven H. Kaplan, the University has experienced significant growth — both in enrollment and in the expansion of the University’s West Haven campus. Enrollment has increased by 60 percent to more than 7,000 undergraduate and graduate students.

In the last decade, the University, which has been recognized The Princeton Review and U.S. News & World Report for academic excellence, has completed more than $300 million in major capital projects while launching 26 new academic programs. The University has also added campuses in Prato, Italy, and Orange, Conn.

For more information on the University of New Haven, visit www.newhaven.edu.