SAN FRANCISCO–(BUSINESS WIRE)–$U #crossplatform—Unity (NYSE: U), the world’s leading platform for creating and operating real-time 3D (RT3D) content, today released the Unity 2022 Multiplayer Report, to help developers better understand both player demand and preferences for multiplayer games. This report shows that more than half of the global population (52%) now play games and a majority of those gamers (77%) play multiplayer games. Additionally, it also reveals the importance of social factors in both influencing purchase decisions and fueling engagement in games. To give studios of all sizes immediate access to foundational building tools that will help accelerate multiplayer development and deliver the best connected gaming experiences, today Unity launched new self-serve features for Game Server Hosting and Matchmaker. These additions bolster an already robust portfolio of multiplayer solutions offered through Unity Gaming Services (UGS). 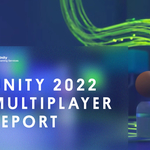 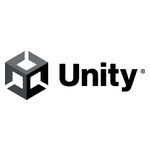 The 2022 Multiplayer Report reinforces that social factors play a critical role in driving purchasing decisions and overall engagement for a multiplayer game. When it comes to choosing a game, after genre, the most important considerations are whether friends are playing the game (34%) and the ability to chat with friends in game (31%). The most important features for the enjoyment of a game are the ability to quickly join a game with others (36%) and matchmaking with others at the same skill level (33%). The report also spotlights other key areas of player preferences:

“Multiplayer games are not only tremendously popular but they’re also more varied and diverse than ever before,” said Jeff Collins, SVP of Engineering, Operate Solutions, Unity. “From small-scale co-op to large scale battle royales, to everything in between, gamers are gravitating towards different ways to engage and play with one another, making a seamless social experience table stakes for any multiplayer game. With UGS’ multiplayer solutions, we are equipping developers and studios of all sizes with the best service offerings to deliver stable, scalable, and customizable experiences to connect players across any type of multiplayer game.”

The new self-serve features for both Game Server Hosting (Multiplay) and Matchmaker will help developers more quickly and effectively build and launch multiplayer games. Game Serving Hosting is a hassle-free dedicated game server hosting service that helps creators effectively scale their game to millions of players in minutes. Matchmaker allows developers to tailor their matches with rules-based matchmaking, enabling a better multiplayer experience with fast matches and low latency. Additionally, Netcode for GameObjects also officially launches today. This is a foundational framework and networking library built for the Unity game engine that simplifies the development of small scale cooperative games. To give developers hands-on learning with the new features and with multiplayer networking across different types of games, Unity also released three new and updated multiplayer game samples, including a large-scale Battle Royale sample developed with Photon Fusion. Learn more about the new self-serve features and game samples on our Unity blog.

The Unity 2022 Multiplayer Report draws on data collected by Unity in Q3 2021 and again in Q3 2022 through an online survey of multiplayer gamers in the US, UK, Korea, and Japan, which represent four of the top six countries in gaming revenue. Responses were collected from approximately 1500 gamers, with the data set consisting of 50% core gamers (gamers who spend at least four hours per week playing multiplayer games in any combination of the following traditionally multiplayer genres: Shooter, MOBA, MMO, racing, sports, or fighting), and 50% casual gamers (gamers who spend at least two hours gaming per week, of which at least 30 minutes is playing multiplayer). For a free copy of the Unity 2022 Multiplayer Report please visit https://create.unity.com/multiplayer-report-2022.

Unity (NYSE: U) is the world’s leading platform for creating and operating real-time 3D (RT3D) content. Creators, ranging from game developers to artists, architects, automotive designers, filmmakers, and others, use Unity to make their imaginations come to life. Unity is the foundation upon which the world’s most powerful digital content is created. Specifically, Unity’s platform provides a comprehensive set of software solutions to create, run and monetize interactive, real-time 2D and 3D content for mobile phones, tablets, PCs, consoles, and augmented and virtual reality devices. In the fourth quarter of 2021, Unity had, on average, 3.9 billion monthly active end users who consumed content created or operated with its solutions. The applications developed by these creators were downloaded, on average, five billion times per month in 2021. For more information, please visit www.unity.com.