LOS ANGELES, Feb. 2, 2022 /PRNewswire/ — Orange Comet, Inc., (“Orange Comet” or the “Company”), a premium NFT (Non-Fungible Token) creative studio and blockchain experience company today announced a new partnership with AMC as the NFT producer and marketplace for the groundbreaking television series The Walking Dead and its surrounding universe. The NFTs will be sold on the Orange Comet Marketplace powered by Eluvio‘s eco-friendly blockchain technology, and the deal was brokered by Striker Entertainment.

The custom NFTs will be released in multiple drops, with the first taking place on Sunday, February 20 at 10 a.m. PST / 1 p.m. EST. to coincide with the premiere of Part 2 of 3 of The Walking Dead‘s expanded final season, airing that evening at 9/8c on AMC and streaming on AMC+. Paying homage to one of the most powerful franchises in the history of television, this initial collection will showcase Orange Comet’s dynamic NFT animations along with a series of one-of-a-kind generative art pieces featuring iconic past and current characters from AMC’s television series The Walking Dead.

Additionally, Orange Comet will offer a series of ultra-rare NFT “Walker Access Passes.” Each of these NFTs are unique 1:1 and will grant access to exclusive future The Walking Dead NFT drops throughout the year. The “Walker Access Pass” will only be sold during a 24-hour period and will not be available again for an entire year. Fans of The Walking Dead can sign up now at OrangeComet.com to pre-register and be among the first to get access to the NFT drop.

“The Walking Dead is an iconic series that has captivated and enthralled its fans for over a decade and will continue to do so for years to come,” said Dave Broome, CEO of Orange Comet. “The show’s stunning imagery, incredible array of characters and epic scope provides an inspiring and collaborative canvas for Orange Comet to continue its best-in-class, creative-first approach to the development of NFTs. We’re honored to offer fans the opportunity to deepen their love for The Walking Dead and its universe through our ongoing collection of innovative, eco-friendly NFTs and partnership with AMC.”

“As The Walking Dead flagship series enters into its final stretch this year, we are excited to provide our hordes of passionate fans with a unique, new way to celebrate the series they’ve loved for the past 11 seasons,” said Kim Kelleher, President Commercial Revenue and Partnerships at AMC. “Orange Comet’s distinctive digital collectibles reflect the creativity and innovation the series has embodied since its premiere, and we’re thrilled to partner with them on this epic journey and pay tribute to the phenomenon that is The Walking Dead.”

After the initial drop, subsequent NFTs will be available throughout the final season of the show, all building up to the launch of a virtual world based on AMC’s television series The Walking Dead, where fans will be able to gather to buy, sell, and trade their NFTs along with the chance to earn real world fan experiences related to the series. The Walking Dead’s virtual world will also be inclusive of NFTs surrounding characters and content from additional and upcoming television series in The Walking Dead franchise. Sign up to stay informed around upcoming drops at www.OrangeComet.com.

ABOUT ORANGE COMET
Orange Comet is a premium content creation company focused on producing high quality and disruptive NFT digital collectibles and blockchain-based experiences. The Company’s team brings together some of the world’s leading and award-winning media creators, producers, and artists to partner with the biggest brands, IP and talent across music, sports, arts and entertainment. By blending super-creative content and game-changing technology, our mission is to create groundbreaking NFT experiences for the passionate fan bases of our clients, simultaneously unlocking new levels of interest, engagement and revenue. Co-founded by Hollywood veteran producer, Dave Broome, NFL Hall of Famer Kurt Warner and Grammy award-winning music icons Gloria and Emilio Estefan, Orange Comet is powered by a passionate group of people that believe the future of all entertainment and media is on the verge of major disruptive change through a variety of blockchain experiences. Dedicated to blockchain sustainability, Orange Comet runs on green servers and builds a carbon-negative solution in the NFT space, including partnering with eco-conscious blockchains. Our collective diversity in background, expertise and industries, works to help our clients shape their businesses for the emerging Metaverse of opportunities that awaits. For more information, visit us at OrangeComet.com, as well as on Twitter, Facebook, and Instagram.

ABOUT AMC
AMC is home to some of the most popular and acclaimed programs on television. AMC was the first basic cable network to ever win the Emmy® Award for Outstanding Drama Series with Mad Men in 2008, which then went on to win the coveted award four years in a row, before Breaking Bad won it in 2013 and 2014. The network’s series The Walking Dead is the highest-rated series in cable history. AMC’s current original drama series are Better Call Saul, Fear the Walking Dead, Kevin Can F Himself, The Walking Dead and the forthcoming series 61st Street, Anne Rice’s Interview with the Vampire, Anne Rice’s Mayfair Witches, Dark Winds, Moonhaven, Pantheon, Ragdoll and Tales of The Walking Dead, among others. AMC also explores authentic worlds and discussion with original shows like Talking Dead, AMC Visionaries and Ride with Norman Reedus. AMC is owned and operated by AMC Networks Inc. and its sister networks include IFC, SundanceTV, BBC America and WE tv. AMC is available across all platforms, including on-air, online, on demand and mobile.

ABOUT ELUVIO
Eluvio is transforming the management, distribution, and economics of premium digital content. The Eluvio Content Fabric is a utility blockchain network for owner-controlled storage, distribution, and monetization of digital content at scale. It provides live and file-based content publishing, transcoding, packaging, sequencing, and dynamic and static distribution, and minting of derivative NFTs for all ranges of content experiences. Customers of Eluvio include FOX, MGM Studios, SONY Pictures, and others. Eluvio LIVE, powered by the Eluvio Content Fabric, provides ticketed streaming events and media marketplaces from global artists including the Black Eyed Peas, Rita Ora, and others. Eluvio is led by Emmy Award-winning technologists, Michelle Munson and Serban Simu, founders and inventors of Aspera, a pioneer in digital video transport technology that was acquired by IBM, and a core team of innovators. Based in Berkeley, California, Eluvio has received numerous industry awards including the prestigious 2020 Engineering Excellence Award by the Hollywood Professional Association. https://live.eluv.io 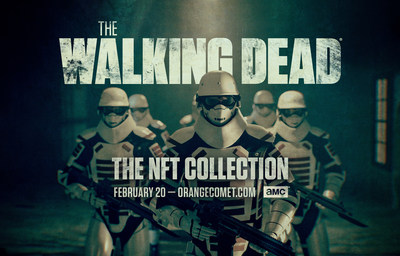 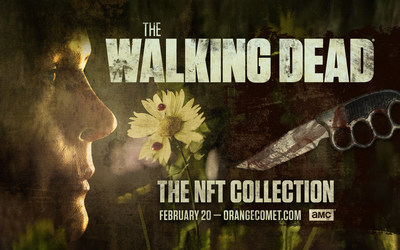