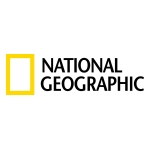 “National Geographic has been the gold standard of storytelling about
the natural world since its inception 131 years ago, consistently
evolving the genre over the years to tell these important stories across
our media portfolio to a huge global audience of almost 500 million, in
relevant and inventive ways,” said Courteney Monroe, president, National
Geographic Global Television Networks. “Audiences are hungry for
knowledge about our world — whether it be themes of conservationism or
capturing the diverse wildlife in places they’ve never before been — and
we continue to be the most trusted brand to deliver these stories in
entertaining, authentic and unique ways across all of our platforms.”

“We are demonstrating how you can take natural history programming and —
with bold, innovative, ambitious storytelling from the most creative
minds in the business — inject this genre with renewed vigor,” said
Geoff Daniels, executive vice president, global unscripted
entertainment, National Geographic Channels. “The use of ground-breaking
cameras and innovative technology has been a game changer that’s driving
us to set the bar even higher with breathtaking, narrative, newly
visualized animal behaviors and landscapes that will not only entertain
but take our viewers to places beyond their wildest imaginations.”

Through innovative technology and access to some of the most remote,
hard-to-reach locations on the planet, National Geographic will capture
animal behaviors and landscapes from new perspectives. Some highlights
of cutting-edge equipment and technology include:

America is a land we think we know. We see its iconic landscapes and
wildlife as timeless, but the truth is very different. On this continent
of relentless change, every day is a brave new world. Here, unique
geography drives the forces of nature to extremes, shaping and reshaping
the land and throwing down new challenges for life. This ground-breaking
series will journey through the iconic regions that resonate with us
most: the frozen north, the Pacific Coast, the Wild West, the grassy
heartland and the East Coast. We’ll discover that their distinctive
character and wildlife are deeply rooted in the forces that have shaped
them in the past and continue to shape them every single day.

The series will be a startling portrait of contemporary America — one
that couldn’t be more timely. America has always been a restless,
vibrant continent, but human activity means it is changing faster today
than ever. What is the future for America’s wildlife? One thing is
certain: the plants and animals that embody America’s pioneering spirit
are the ones most likely to thrive. For them this will continue to be a
land of opportunity.

Our planet’s least explored territory is ruled by whales. PLANET OF
THE WHALES will be filmed for more than two and a half years, in 24
locations, to reveal the incredible life of five different whale
species. The series will feature the extraordinary communication skills
and intricate social structures they build. We will witness whale
species relate with their kin, make lifelong connections and grieve
deeply for the loss of loved ones. We will be immersed in whale
environments and discover the challenges they face in a changing ocean.
The work of acclaimed National Geographic photographer Brian Skerry will
help tell the story of the species he’s been capturing on film for
decades. Down below the waves, the series will feature a “whale’s-eye
view,” using cutting-edge research technology that sees the world from
each marine giant’s perspective. These new cameras also function as data
tags, which provide important information on the whales’ movements at
depths where people cannot follow. It’s a personalized angle that very
few are lucky enough to witness. By the end of our journey, we’ll come
to understand how whales are a lot like us.

National Geographic Photographer Joel Sartore’s uncanny mix of humor and
an earnest, indefatigable commitment to save everything he can through
photography is what has powered his successful Photo Ark campaign, a
25-year documentary project to save species and habitat.

In PHOTO ARK, Joel picks up where that project left
off, leaving his couch in Lincoln, Nebraska, for parts — and risks —
unknown. It’s not that he isn’t intrepid, it’s just that his natural
habitat gravitates toward The Cheesecake Factory and a good barn sale,
though when presented with the prospect of getting a photograph, he
“will literally sleep anywhere and eat anything.” And so will we, as we
go with Joel after images of some of the most critically endangered and
remarkable animals on the planet. Each episode will pivot from Joel’s
quest to the animals themselves, featuring rich natural history
sequences that reveal unique adaptations and the context of their
plight, whether from habitat loss, threat from introduced species,
climate change or poaching.

The unprecedented live broadcast that garnered 13 million viewers in its
debut last summer will head back to the nation’s most cherished national
park this June. Capturing America’s national treasure on an even greater
scale, YELLOWSTONE LIVE will showcase even more of the
extraordinary wildlife and stunning vistas the greater Yellowstone
ecosystem has to offer. June is one of Yellowstone’s most dynamic times
of year — as it emerges from brutal months of winter, flowers are
blooming, rivers are rushing with meltwater and Yellowstone is bustling
with new life. Encounter cougar cubs venturing out of their underground
dens, black bear cubs learning how to hunt and bison protecting their
young calves from wolves, as Yellowstone awakens.

Additionally, as previously announced, National Geographic will premiere HOSTILE
PLANET, a six-part natural history saga beginning Monday, April 1,
at 9/8c. Executive produced by Academy Award-winning cinematographer and
director Guillermo Navarro (“Pan’s Labyrinth”), Emmy-nominated producer
Martha Holmes (“The Blue Planet”), Emmy award-winning Tom Hugh-Jones
(“Planet Earth II”) and BAFTA winner Bear Grylls (“The Island”) — who
also serves as the series’ host and narrator — HOSTILE PLANET draws
attention to the most extraordinary, almost supernatural, accounts of
animals that have adapted to the cruelest evolutionary curveballs. The
series zooms in on the world’s most extreme environments to reveal the
animal kingdom’s most glorious stories of survival on this fast and
continuously shifting planet.

National Geographic Partners LLC (NGP), a joint venture between National
Geographic and 21st Century Fox, is committed to bringing the world
premium science, adventure and exploration content across an unrivaled
portfolio of media assets. NGP combines the global National Geographic
television channels (National Geographic Channel, Nat Geo WILD, Nat Geo
MUNDO, Nat Geo PEOPLE) with National Geographic’s media and
consumer-oriented assets, including National Geographic magazines;
National Geographic studios; related digital and social media platforms;
books; maps; children’s media; and ancillary activities that include
travel, global experiences and events, archival sales, licensing and
e-commerce businesses. Furthering knowledge and understanding of our
world has been the core purpose of National Geographic for 129 years,
and now we are committed to going deeper, pushing boundaries, going
further for our consumers … and reaching millions of people around the
world in 172 countries and 43 languages every month as we do it. NGP
returns 27 percent of our proceeds to the nonprofit National Geographic
Society to fund work in the areas of science, exploration, conservation
and education. For more information visit natgeotv.com or
nationalgeographic.com, or find us on Facebook,
Twitter,
Instagram,
Google+,
YouTube,
LinkedIn
and Pinterest.