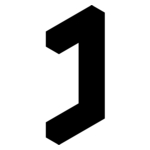 The ultra-rare AVAs will be revealed for the first time in a two-minute cinematic trailer to launch weeks before Jadu plans to unveil its augmented game world, in which the 3D playable AVAs, including those co-created by Bay, will star, ultimately building connective tissue between digital and physical worlds.

The cinematic trailer follows the creation, rise and fall of 5 AVAs, who get sucked into the blue eye of a wormhole-like vortex made of twisting and evolving colors – Earth. Presented by Jadu and Bay, the 5 AVAs cascade toward Earth. We see the vortex explode behind them with a colorful miasma of particles, which will be known as “The Bloom,” hurtling towards the planet.

“At Jadu, we’re driven by bringing magic to AR and our community of players – and that’s exactly what we did here,” said Asad J. Malik, Jadu founder and CEO. “We’ve learned countless lessons from creating with Bay and can’t wait to share these AVAs with the world soon. Until then, we hope that this teaser drums up excitement for what’s to come.”

Since its 2019 inception, Jadu which has raised more than $45M to date, has combined cutting-edge technology and real-time storytelling that has attracted a vibrant and growing community of more than 17,000 Discord members and 4,000 asset owners. With $16M in secondary market sales and the public sale of Jadu jetpacks and hoverboards selling out in less than 30 seconds each.

The Bay-designed AVAs join the collection of 11,111 unique Jadu AVAs which will be available as digital collectibles and playable 3D characters next month, enabling players to access AR gameplay with their favorite avatars in Jadu’s evolving story world.

For the cinematic trailer and long-form conversation between Asad J. Malik and Michael Bay about their collaboration and the promise of AR & Web3, visit bit.ly/3Aailmr.

Jadu is an augmented reality game world that bridges aspects of our digital and physical lives through Web3 incentives, evolving long-form storytelling and novel AR gameplay. Jadu is cultivating impactful and original AR gaming experiences that foster community and offer new ways to interact with the world around us. The Jadu team is known for their critically acclaimed AR narratives that have been showcased at festivals like Sundance and Tribeca. Past collaborators include Lewis Hamilton, Grimes, Snoop Dogg, Sir Elton John, Lil Nas X, Serena Williams and more. In fall 2022, our mobile app will emerge from beta, enabling players to turn their 3D NFTs into playable avatars exploring a rich world built natively for AR. For more information about Jadu, visit jadu.ar.