MIAMI, Feb. 17, 2022 /PRNewswire/ — Metaversal today announced its partnership with Crypt TV, the television horror studio with a Youtube subscriber base that is almost 4-million strong. The companies will launch Monster Fight Club, a collection of 10,000 NFTs inspired by Crypt TV’s Monster Universe, allowing fans to own a monster and benefit from the success of its IP. With Monster Fight Club, Crypt TV will evolve from a Web2 company to a Web3 one, fully embracing NFTs as the future of IP creation and ownership.

Founded in 2015 by Jack Davis and Eli Roth, Crypt TV’s Monster Universe has grown to television, podcasts, live events and more with GIRL IN THE WOODS on Peacock directed by Krysten Ritter and film with CHHORII debuting as the #1 film in India for Amazon Prime. Crypt TV monsters were featured at Halloween Horror Nights at Universal Studios Orlando in 2021. Crypt TV also released its first podcast based on its original monster MORDEO with iHeartPodcasts and Blumhouse Productions. Crypt TV investors include Lerer Hippeau, Advancit Capital, NBCUniversal, and Blumhouse Productions–its first investor that also serves as a strategic partner.

“Crypt’s IP has been adapted at the highest levels of television, live events and video games but nothing excites me more than our entry into NFTs. I truly believe NFTs and Web3 could set off a new era of IP creation, community development and restack the deck in favor of creators,” said Jack Davis, CEO of Crypt TV. “When I started Crypt in 2015 I did so wanting to create IP for a new generation of internet consumers. With this step to NFTs, I feel we are closer than ever to fulfilling our original mission.”

“Metaversal is thrilled to work with Crypt TV, the pioneer of internet horror content, and bring it into the open metaverse,” said Yossi Hasson, CEO of Metaversal. “There are infinite possibilities for those who join the Monster Fight Club community and share in this collective experience.”

You can view a promo video for the launch of Monster Fight Club here.

Horror fans are encouraged to embrace the monster inside them and choose the character they relate to the most. They can mint 10 of their favorite Crypt TV monsters as Monster Fight Club NFTs: The Birch, Brute, Cakeman, Fluffy, Harclaw, Look-See, Miss Annity, Mordeo, The Thing, or Walter.

Each NFT is a 1/1 and has a different rarity based on combinations of backgrounds,skin textures and other features. Future drops include Tormented Crystal NFTs that can be forged with a monster to make them stronger and upgrade one of seven characteristics: power, vitality, intelligence, agility, stealth, terror, and a unique supernatural trait.

Monster Fight Club NFT holders will receive a collectible NFT card of their monster, with utility that includes the ability to create a profile pic (PFP), ticketing features, a downloadable 3D monster file to use in the metaverse, and much more.

Additionally, generative gaming will be the next extension of Monster Fight Club. Each monster has its own tribe, where NFT holders control its IP and how its story evolves. There are infinite ways the tribes work, including competing against each other, aka “the Fight club”, playing games together, hosting real-world events, and even raising funds to make movies about them. Crypt TV lore will also influence how the epic story of each monster unfolds.

Monster Fight Club NFTs will be available via Mint Passes, sold on March 9th, 16th, and 23rd, are redeemable within 48 hours of purchase on OpenSea. Mint passes are also rewarded to active participants who help build Crypt TV’s community on Twitter and in Discord. The Mint Passes are NFTs, themselves, and thus can be traded too. A public sale will follow on March 30.

Both CryptTV and Metaversal are cultivating a Web3 community on Discord to authentically invite fans into the project, featuring weekly events such as art contests and giveaways.

About Metaversal
Metaversal is an innovative holding company that combines a venture studio and investment firm focused on NFTs. It co-produces, curates, and invests in iconic NFT projects and the key technology that unlocks the open metaverse. Metaversal’s mission is to invest in the infinite stories of our culture.

About Crypt TV
Crypt TV is a genre IP and global multi-media company growing the next generation of iconic monsters for gen-Z. Most recently, Crypt brought its IP to major television with the new Peacock Original Series THE GIRL IN THE WOODS helmed by director Krysten Ritter and with its partnership bringing three of its iconic characters – The Look-See, Mordeo & The Birch – to Dead by Daylight, the biggest horror video game. Crypt’s original Indian horror movie CHHORII was the number one streamed movie on Amazon Prime the week of release. Previously Crypt produced Facebook Watch’s first ever scripted slate of five original series, including THE BIRCH now in its second season, and produced original installments for Netflix’s Anthology DON’T WATCH THIS. Crypt TV was co-founded by CEO Jack Davis and filmmaker Eli Roth with Blumhouse Productions and NBCUniversal as investors and key strategic partners. 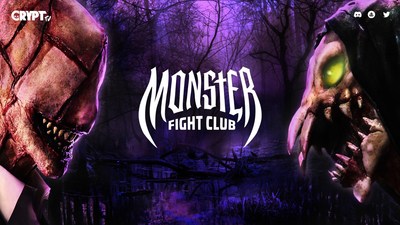