WASHINGTON, April 20, 2020 /PRNewswire/ — MagellanTV, a global ad-free streaming video service, flexes its programming muscle by bringing together the great stories of Planet Earth in our time, as told by the world’s premiere documentary filmmakers. https://www.magellantv.com/explore/majestic-earth

The timing of “Majestic Earth” is inspired by the 50th anniversary of Earth Day on April 22nd. Earth Day was established in 1970 to celebrate the uniqueness and beauty of our planet, while bringing attention to the impacts of war and pollution. Today, Earth Day takes on an even broader imperative to address damage to the large-scale environmental systems that gave rise to Earth’s remarkable biodiversity, while nurturing and sustaining human civilization.

This major streaming initiative features more than 100 high-quality documentaries, many in dazzling 4K.  The films are organized into categories that inspire a sense of awe and wonder, while conveying the environmental concerns that are the traditional hallmark of Earth Day.  Featured playlists include Earth in the Time of Man, Raging Planet, Global Health, Last of the Megafauna, Wildest Places, Majestic Oceans, Earth: A Sense of Place, and more.

According to MagellanTV co-founder, Greg Diefenbach, “This unprecedented compilation of films tells exciting and heartbreaking stories about Earth in the 21st century. It is inspired by the respect and awe millions feel for our home planet.”

About MagellanTV
MagellanTV is an ad-free documentary streaming service run by filmmakers. It is broadly available on streaming platforms such as iOS and Android, Fire TV, Roku, Comcast, Samsung , Vizio and the website MagellanTV.com. Subscribers can get started by signing up for a free trial at with a choice of monthly, quarterly, or annual payment plans that start as low as $4.99/month. There is no charge for its growing selection of 4k content. New programs are added every week, curated by MagellanTV’s team of award-winning documentary filmmakers. 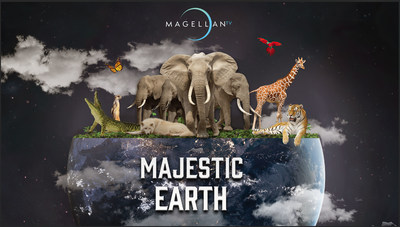