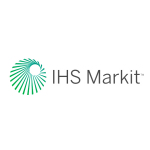 LONDON–(BUSINESS WIRE)–August data revealed a renewed deterioration in business conditions across the Canadian manufacturing sector, following a slight improvement during the previous month. This was highlighted by a fall in the seasonally adjusted IHS Markit Canada Manufacturing Purchasing Managers’ Index® (PMI®) to 49.1 in August, from 50.2 in July.

The latest PMI reading was the lowest for three months and signalled a modest downturn in overall manufacturing performance. A sharper reduction in new order intakes was a key factor weighing on the headline index in August. New work has now declined for six months running and the latest fall was the sharpest since December 2015.

A decline in new work led to another reduction in production volumes during August. Lower output has been recorded in each month since April, although the latest drop was only marginal. There were also signs of reduced capacity pressure in August, as suggested by a sharp drop in backlogs of work at manufacturing companies.

Meanwhile, the rate of manufacturing sector job creation remained only modest and eased since July. Some survey respondents noted that staff hiring had been held back by less upbeat growth expectations at their plants. Reflecting this, latest data signalled the weakest degree of optimism about the year-ahead business outlook since February 2016.

Supply chain pressures moderated in August, as signalled by an improvement in vendor performance for the first time since June 2013. Manufacturers noted that reduced demand for inputs had contributed to shorter delivery times from suppliers in August.

Lower levels of purchasing activity have been recorded in five of the past six months, reflecting falling production volumes and efforts to streamline inventories. However, stocks of finished goods were accumulated at the fastest pace since April 2014. A number of survey respondents suggested that weaker-than-expected sales had led to rising post-production inventories.

On a more positive note, the latest survey signalled another slowdown in cost inflation across the manufacturing sector. August data pointed to only a marginal rise in average cost burdens, with the rate of inflation the lowest since July 2012. Manufacturers reported lower prices paid for some raw materials (particularly steel).

At the same time, average prices charged by manufacturing firms increased only fractionally in August, with the rate of inflation the lowest since October 2016.

“Canadian manufacturers reported a setback for business conditions in August, following the slight improvement seen during the previous month. New orders declined at the fastest pace for more than three-and-a-half years amid lower export sales, weakness in the automotive sector and reports citing softer demand from energy sector clients.

“August data also signalled a slide in growth projections across the manufacturing sector, with business optimism falling to its lowest level since early-2016. Concerns about the US-China trade war and rising global economic uncertainty were often cited by survey respondents.”

The IHS Markit Canada Manufacturing PMI® is compiled by IHS Markit from responses to questionnaires sent to purchasing managers in a panel of around 400 manufacturers. The panel is stratified by detailed sector and company workforce size, based on contributions to GDP. Survey responses are collected in the second half of each month and indicate the direction of change compared to the previous month. A diffusion index is calculated for each survey variable. The index is the sum of the percentage of ‘higher’ responses and half the percentage of ‘unchanged’ responses. The indices vary between 0 and 100, with a reading above 50 indicating an overall increase compared to the previous month, and below 50 an overall decrease. The indices are then seasonally adjusted. The headline figure is the Purchasing Managers’ Index® (PMI). The PMI is a weighted average of the following five indices: New Orders (30%), Output (25%), Employment (20%), Suppliers’ Delivery Times (15%) and Stocks of Purchases (10%). For the PMI calculation the Suppliers’ Delivery Times Index is inverted so that it moves in a comparable direction to the other indices. Underlying survey data are not revised after publication, but seasonal adjustment factors may be revised from time to time as appropriate which will affect the seasonally adjusted data series. August 2019 data were collected 12-23 August 2019. For further information on the PMI survey methodology, please contact [email protected]

IHS Markit (NYSE: INFO) is a world leader in critical information, analytics and solutions for the major industries and markets that drive economies worldwide. The company delivers next-generation information, analytics and solutions to customers in business, finance and government, improving their operational efficiency and providing deep insights that lead to well-informed, confident decisions. IHS Markit has more than 50,000 business and government customers, including 80 percent of the Fortune Global 500 and the world’s leading financial institutions. IHS Markit is a registered trademark of IHS Markit Ltd. and/or its affiliates. All other company and product names may be trademarks of their respective owners © 2019 IHS Markit Ltd. All rights reserved.

Purchasing Managers’ Index® (PMI®) surveys are now available for over 40 countries and also for key regions including the eurozone. They are the most closely watched business surveys in the world, favoured by central banks, financial markets and business decision makers for their ability to provide up-to-date, accurate and often unique monthly indicators of economic trends. To learn more go to ihsmarkit. com/products/pmi.html.

Disclaimer The intellectual property rights to the data provided herein are owned by or licensed to IHS Markit. Any unauthorised use, including but not limited to copying, distributing, transmitting or otherwise of any data appearing is not permitted without IHS Markit’s prior consent. IHS Markit shall not have any liability, duty or obligation for or relating to the content or information (“data”) contained herein, any errors, inaccuracies, omissions or delays in the data, or for any actions taken in reliance thereon. In no event shall IHS Markit be liable for any special, incidental, or consequential damages, arising out of the use of the data. Purchasing Managers’ Index® and PMI® are either registered trade marks of Markit Economics Limited or licensed to Markit Economics Limited. IHS Markit is a registered trademark of IHS Markit Ltd. and/or its affiliates.