SAN RAFAEL, Calif.–(BUSINESS WIRE)–Please replace the release with the following corrected version due to
multiple revisions to the sixth paragraph. 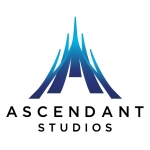 Prior to his time at Activision, Robbins served a seven-year tenure at
EA, holding senior creative roles on blockbuster hits including The
Lord of the Rings: Return of the King, which was honored with the
International Press Academy Satellite Award for Best Art Direction, and
IGN’s ‘Best Action Game’ in their ‘Best of E3’ awards. Robbins earned a
BAFTA nomination during this time, as the Creative Director for the
acclaimed survival horror title, Dead Space, which went on to be
honored as ‘Action Game of the Year’ at the 12th annual DICE
Awards. As Founder and CEO of Ascendant Studios, Robbins combines the
principles of triple-A game design with the possibilities of an
independent studio, to extend the entertainment, action, and emotional
impact of innovative game development.

“This is a dream I’ve had for years, and I’m so excited to finally have
the opportunity to start a brand new studio,” stated Founder and CEO of
Ascendant Studios, Bret Robbins. “Our focus is on making high quality,
original games. We are in a rare position where we have the freedom to
do things the right way without outside pressure and make something that
is truly new and exciting. The team we are assembling is fantastic and
already feels like a family.”

Joining Robbins in this venture, the Ascendant Studios founding team
consists of top creative talent, that has contributed to some of the
most critically acclaimed and commercially successful game franchises of
all times, including Call of Duty, The Walking Dead, and Dead
Space. Each member of the leadership team has more than a decade of
industry experience, representing cinematic, technical, design, art, and
storytelling disciplines.

Ascendant Studios is backed by noted entrepreneur and philanthropist,
Brian Sheth. Sheth is the Co-Founder and President of Vista Equity
Partners, a leading investment firm focused on enterprise software, data
and technology-enabled businesses. Vista collaborates with management
teams to foster operational excellence, paving the way for sustainable
growth opportunities, innovation, and impact in the markets they serve.
A first generation Indian American, and Forbes ’40 Under 40’ inductee,
Sheth is also an avid investor for innovative entertainment companies,
and is among the world’s top funders of conservation impact philanthropy.

“I’m thrilled to have our initial investment backed by Brian, who has
been so supportive of the team and has a history of supporting founders
and CEOs with vision,” said Robbins. “He brings a huge amount of
experience, best practices, and leadership to us. He has given us the
creative freedom to make games that we think players will love. He
clearly wants to build and empower a winning team and deliver innovative
content to a global audience.”

Located in San Rafael, CA, the Ascendant Studios team is currently at
work on a wholly original, triple-A game, that harnesses the creative
heft, narrative skills, and action/shooter expertise of its seasoned
team. The company is also actively hiring across art, engineering, and
animation functions.

Ascendant Studios is an independent game developer, dedicated to
creating groundbreaking original games. Based in the Bay Area, the
company is at work on its first title. Visit www.ascendantstudios.com.