AUSTIN, Texas–(BUSINESS WIRE)–John Melanson, senior technical fellow at Cirrus Logic (Nasdaq: CRUS), has been granted his 500th U.S. patent, an achievement that places him among the world’s most prolific inventors. The Academy Award®-winning engineer’s core contributions are within the field of audio and electronics, particularly the analog and mixed-signal technologies that have helped transform the analog world around us into the digital signals at the heart of today’s most advanced products. Melanson’s contributions have changed how humans interact with their devices – and each other. In particular, his audio patents are instrumental to many of today’s most popular consumer and professional audio applications. His patents relating to LED lighting have positively impacted the environment through significant energy savings. 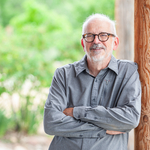 Melanson’s innovations have also been the catalyst to many products that led to rapid product advancements in personal computing, semiconductors and networking. His first patent in 1974 helped make modern keyboards possible, and his underlying work in light-emitting diodes electronics helped enable LEDs to overtake incandescent lighting in popularity by solving the challenges around dimming. As a founding member of AudioLogic (later acquired by Cirrus Logic), Melanson pioneered the first use of low-power digital signal processors (DSPs) for hearing aids. He also helped develop the first network distributed audio system, a technology that eventually found its way into the audio wiring for the U.S. Senate and thousands of installations globally, such as theme parks and concert venues.

As a pioneer in professional and consumer audio equipment, he received an Oscar® award from the Academy of Motion Picture Arts and Sciences in 2004 for his ground-breaking contributions to the evolution of digital audio editing for motion picture post-production. He also developed the first 500-watt Class D amplifier for professional audio applications, and his work in algorithm development and implementation contributed to the active noise cancellation found in many smartphones and laptops today.

“Working at Cirrus Logic has given me the ideal backdrop for creativity and invention,” said Melanson. “The power reduction invention for hearing aids, which I worked on in the 1990s, shows up in every Cirrus Logic product we make or at least some great-great-grandchild of it does. I love that I’m able to get involved in technology at a deep level and work on cool stuff while mentoring people at Cirrus Logic to keep the company’s innovative spirit going.”

Cirrus Logic is a leader in low-power, high-precision mixed-signal processing solutions that create innovative user experiences for the world’s top mobile and consumer applications. With headquarters in Austin, Texas, Cirrus Logic is recognized globally for its award-winning corporate culture. Check us out at www.cirrus.com.

Librestream Recognized for Transforming the Software Industry, Named A Top 100 Software Company of 2022