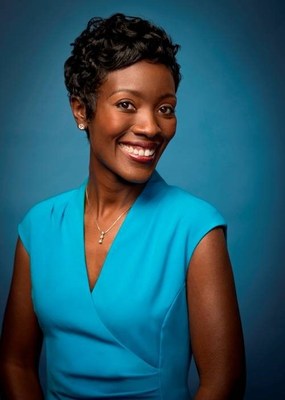 Prior to her four years at The Weather Channel/Weather Group, Small held various Human Resources executive positions at several major corporations including Chase Manhattan Bank, JP Morgan, First Chicago Trust Company, Viacom/MTV Networks, and Turner Broadcasting. In 2016, Smalls was listed among the Most Powerful and Influential Women by the National Diversity Council and was named one of the Top 100 Blacks in Corporate America by Savoy Magazine in 2018. Smalls earned her undergraduate degree in Human Resources Management and Marketing from Temple University, and her Master’s Degree in Organizational Psychology from Columbia University.

“Melody Smalls is a highly-valued member of Allen Media Group,” said Byron Allen, Founder/Chairman/CEO of Allen Media Group. “Melody is a brilliant executive who oversees the most important part of our company, Global Human Resources. With her magnificent leadership, we will continue to hire the best, cultivate our human resources, and position Allen Media Group for long-term success.”

“I’m thrilled to have the opportunity to work across the corporate divisions that make up the Allen Media Group,” said Melody Smalls, Executive Vice President of Global Human Resources for Allen Media Group. “From our global television networks, local television stations, streaming services, digital platforms, content production, and motion picture distribution — the talent and expertise across these businesses are second to none. I look forward to working with the Allen Media Group executive leadership team as we continue pursuing our aggressive global strategy.”