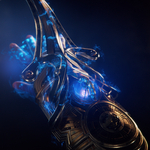 Immortals of Aveum is a groundbreaking new single-player, first-person magic shooter that delivers a visceral, cinematic campaign experience. The game is set in an original fantasy universe engulfed in magic, rife with conflict, and on the verge of oblivion. It will release on the PlayStation®5, Xbox Series X|S, and PC in 2023. Watch the teaser trailer, which debuted at The Game Awards, on the official Immortals of Aveum YouTube channel and follow the game on Twitter and Instagram.

“I was the creative director on four big games in a row, the original Dead Space and three Call of Duty titles, and I had an amazing opportunity to start my own studio and build an incredible team that I’m lucky to work with every day,” said Bret Robbins, CEO and Game Director at Ascendant Studios. “I founded Ascendant Studios to make original and epic games, and here we are, four years later, about to finish our first one. What started as a crazy, exciting idea has grown into a crazy, exciting triple-A game. I chose EA as our publishing partner because we know they’ll help Immortals of Aveum reach the biggest audience possible. I’m thrilled to have the expertise and resources of EA backing us and I can’t wait for everyone to play!”

Studio founder Bret Robbins spent years directing some of the industry’s most beloved games and in 2018 began assembling a passionate and experienced team of storytellers to bring his magic shooter concept to life. Based out of San Rafael, California, the team at Ascendant is made up of industry-leading talent who have led award-winning and best-selling projects including Dead Space™, Call of Duty™, Halo™, BioShock™ and more. Together, they are boldly re-imagining the future of big budget, AAA video game development and defying what we’ve come to expect from first-person shooters. To learn more about Ascendant and Immortals of Aveum, visit www.ascendantstudios.com.

“The roster of talent Bret and his team at Ascendant Studios have gathered under one roof is incredible; they are exactly the right team to bring an ambitious project like this to life,” said Jeff Gamon, General Manager of EA Partners. “Every team member has a wealth of experience developing many of gaming’s biggest cinematic action and first-person shooter games over the past decade. Immortals of Aveum is the result of Ascendant’s vast collective experience and great ambition, fused with their bold and creative vision. EA Partners is proud and excited to collaborate with Ascendant in launching this epic, action packed brand new IP; a game players will never forget.”

EA Originals is a place where untold stories, unheard voices, and unseen worlds are discovered, and is working with several new studios on innovative projects being released in 2023, including Ascendant Studios’ Immortals of Aveum and KOEI TECMO’s WILD HEARTS™. EA Originals is also working on an unannounced project with Silver Rain Games, a new studio from actor Abubakar Salim. To discover more, visit www.ea.com/ea-originals.

We are Ascendant: An independent AAA video game studio with ownership and creative control over our original IP. We’re passionate and creative. Obsessed with originality. Committed to quality. Focused on fun. Determined to rise above the status quo of our industry and live our dreams in an inclusive, collaborative, professional and sustainable work environment.

Founded by Bret Robbins, creative director of the original Dead Space and multiple Call of Duty campaigns, our studio is headquartered in San Rafael, California with the team distributed all over North America. Our passionate and experienced group of storytellers has led the creation of beloved franchises such as Halo, Telltale’s The Walking Dead, Marvel’s Spider-Man, Borderlands, The Wolf Among Us, Mafia, Tomb Raider, Gears of War, Metal Gear Solid, The Elder Scrolls, BioShock and more. Our debut single-player magic shooter and original fantasy IP, Immortals of Aveum, will release on the PlayStation 5, Xbox Series X|S, and PC in 2023.

EA SPORTS, Battlefield, Need for Speed, Apex Legends, The Sims, Titanfall and Plants vs. Zombies are trademarks of Electronic Arts Inc. John Madden, NFL, FIFA and F1 are the property of their respective owners and used with permission.