PASADENA, Calif.–(BUSINESS WIRE)–Hailed by The New York Times as “an extraordinary gift to everyone who
believes that the limit of human achievement is far from being reached,”
the Academy Award®- and BAFTA-nominated film FREE SOLO will make
its global broadcast debut on March 3 at 9/8c, premiering commercial
free on the National Geographic channel in the United States, followed
by a global rollout in 172 countries and 43 languages. Carolyn
Bernstein, EVP of global scripted content and documentary films for
National Geographic, shared the news earlier today at the Television
Critics Association press tour in Pasadena, California, during a special
presentation with film subject Alex Honnold in attendance. Additionally,
Fox Home Entertainment will release the film on digital platforms,
including iTunes, Google Play, Amazon Prime Video, Vudu and more,
beginning Tuesday, Feb. 12. 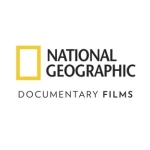 From award-winning documentary filmmaker Elizabeth Chai Vasarhelyi and
world-renowned photographer and mountaineer Jimmy Chin, the directors of
the Oscar-shortlisted film “Meru,” comes FREE SOLO, a stunning,
intimate and unflinching portrait of the free soloist climber Honnold as
he prepares to achieve his lifelong dream: climbing the face of the
world’s most famous rock … the 3,200-foot El Capitan in Yosemite
National Park … without a rope.

FREE SOLO is an edge-of-your-seat thriller and an inspiring story
of an athlete who challenges both his body and his beliefs on a quest to
triumph over the impossible, revealing the personal toll of excellence.
As the climber begins his training, the armor of invincibility he’s
built up over decades unexpectedly breaks apart when Honnold begins to
fall in love, threatening his focus and giving way to injury and
setbacks. Vasarhelyi and Chin beautifully capture deeply human
moments with Honnold as well as the death-defying climb with exquisite
artistry and masterful, vertigo-inducing camerawork. The result is a
triumph of the human spirit.

Throughout its theatrical run, FREE SOLO set several box office
records, including the highest per screen average of any documentary
during its opening weekend (Sept. 28, 2018) and the highest box office
for a documentary in its 19th weekend in release. Now, as it
enters its 20th week in release, the film is the second
highest grossing documentary of 2018 in the United States (and the
top-grossing Oscar nominee), the highest grossing documentary of 2018 in
the United Kingdom and one of the top 20 documentaries of all time in
the United States and Australia. It has been honored with three Critics
Choice awards, three Cinema Eye awards, an ACE award for Best
Documentary and a PGA and DGA nominations, among several other industry
recognitions.

“When we were making this film, we could not have imagined the response
we have received,” said directors Vasarhelyi and Chin. “While most of us
wouldn’t dream of free-soloing 3,000 feet, Alex’s story of courage,
dedication and determination is very relatable. We’re grateful to be
working with National Geographic and Fox Home Entertainment, and
thrilled that Alex’s journey will continue to inspire others to dare to
dream.”

The film was named one of the top 10 films of the year by Entertainment
Weekly and was praised by critics across the globe as “one of the most
arresting documentaries of the year,” “extraordinary,” “amazing” and
“visually staggering.”

“In addition to being an inspiring message of perseverance and
determination, FREE SOLO is also a stunning cinematic achievement
that showcases the beauty and grandeur of our national parks,” said
Bernstein. “The film serves as a powerful reminder that it is incumbent
upon all of us to protect the natural world around us.”

To further spread Honnold’s inspirational message, National Geographic,
in partnership with Picture Motion and 360 Communications, arranged
screenings for over 7,000 students, educators, climbing gyms and
community members across 17 cities from 114 schools and 19
organizations. Students especially have been incredibly moved by
Honnold’s story, with many letters and videos pouring in and one school
in New York even re-creating parts of the climb on its jungle gym.

FREE SOLO first debuted at the Telluride Film Festival, went on
to screen at the Toronto International Film Festival to rave reviews and
has screened at more than 30 film festivals around the world, including
IDFA, Adelaide, Mill Valley Film Festival, DOC NYC and the Savannah Film
Festival.

National Geographic Documentary Films is committed to bringing the world
premium, feature documentaries that cover timely, provocative and
globally relevant stories from the very best documentary filmmakers in
the world. National Geographic Documentary Films is a division of
National Geographic Partners, a joint venture between National
Geographic and 21st Century Fox. Furthering knowledge and understanding
of our world has been the core purpose of National Geographic for 131
years, and now we are committed to going deeper, pushing boundaries,
going further for our consumers … and reaching over 730 million people
around the world in 172 countries and 43 languages every month as we do
it. NGP returns 27 percent of our proceeds to the nonprofit National
Geographic Society to fund work in the areas of science, exploration,
conservation and education. For more information, visit natgeotv.com
or nationalgeographic.com,
or find us on Facebook, Twitter, Instagram, Google+, YouTube, LinkedIn and
Pinterest.

The Label Partners with Sirvo Studios, Acclaimed Developer of Guildlings