NEW YORK, Aug. 31, 2020 /PRNewswire/ — An online video that uniquely memorializes imagery from 9/11 was filmed in lower Manhattan using an augmented reality (AR) app that overlays scenes from past events on the present-day locations right where they happened. The result is a haunting sequence of clips in which the New Yorkers of September 11, 2001 intermingle with the New Yorkers of today, neither aware that they will have ever crossed paths.

The project is part of ReplayAR’s “AR Time Capsule” series which uses patented locational AR technology to explore the hidden history that surrounds us in everyday life. The video series has previously featured historical tours of other New York City neighborhoods, as well as some west coast locations like Santa Barbara and the Cinerama Dome in Los Angeles.

“As this year’s 9/11 anniversary approaches, we again find ourselves moved by the tremendous sacrifices of our first responders and frontline workers facing unimaginable challenges, just as they did 19 years ago in the heart of ground zero,” said Hell’s Kitchen resident Jay Huddy, who invented the free app as a means to preserve historical events and personal memories.

The 9/11 video was shot using ReplayAR (pronounced “replayer”) on an iPhone 11 in and around the Financial District by Brandon Martin, Huddy’s neighbor and collaborator.

“I showed the footage to a friend of mine who was actually there on 9/11 when it happened. He mentioned how the audio reminded him of that day when in fact, we didn’t do any sound design at all,” Martin said. “It turns out that in this age of the COVID-19 pandemic, the natural sound of the city now echoes the same eerie stillness and quietude heard in the aftermath of 9/11.”

This is not Huddy’s first digital creation born from the tragic events of 9/11. In 2003, he created a controversial video game based on the real-life timeline of events leading up to and following the attacks called “Blood of Bin Laden” which was discussed in MIT Technology Review and From Sun Tzu to Xbox, a book by former Village Voice writer Ed Halter.

Unlike a video game, ReplayAR is an AR creation tool that offers anyone with a cellphone the ability to easily make their own augmented reality content, as well as preserve their memories in the form of locational AR photography. Huddy hopes to see the technology adopted by museums, walking tours and cultural landmarks focused on historical preservation.

“It’s all about contextualizing these photographs in their original surroundings to provide a deeper understanding of the temporal reality they depict,” Huddy said. “We hope that by using locational AR visualizations to remember the past, we can honor and preserve the stories of those who came before us, and truly never forget.”

About ReplayAR:
ReplayAR, Inc. is an augmented reality software company. Its mission is “to pioneer innovative technologies that preserve and protect historical truth while connecting and inspiring a global community through the shared continuum of our human experience.”

For Media Use and Expression:
ReplayAR In Motion: AR Video Library
Unbranded videos without a logo are also available upon request. 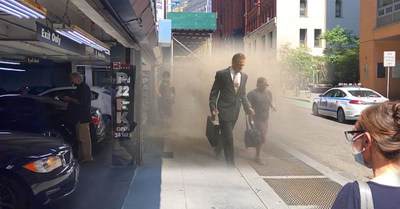 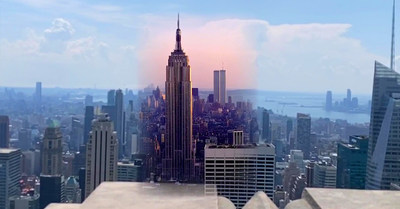