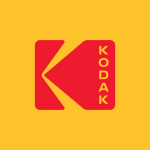 Academy Award® winning writer/director/producer Adam McKay will be the
first recipient of the KODAK Lifetime Achievement Award, which
recognizes an individual who has created an extraordinary body of highly
successful and internationally acclaimed motion picture art during their
career. McKay’s VICE (Annapurna Pictures), a subversively
comedic look at former Vice President Dick Cheney’s rise to become the
most powerful VP in history has received 8 Academy Award, 6 BAFTA and
Golden Globe nominations and marks his 6th feature shot on 35mm film.
Most recently, McKay, a double-nominee at this year’s DGA Awards, won
for Best Dramatic Series for SUCCESSION (HBO), also shot on film.

“I can’t wait to celebrate the magic of film at the KODAK Film Awards. I
count myself very lucky to have studios and HBO back me in using film
for almost every project I’ve directed,” said McKay. “Film is an
unmatchable and emotive medium, and a secret weapon to making better
movies and television. I am truly honored to be recognized by Kodak.”

“It’s been another amazing year for celluloid with movies shot on film
garnering 32 Academy Award nominations, 61 Critics’ Choice nominations,
26 Golden Globes nominations, 13 acceptances at Cannes, 7 acceptances at
TIFF, and 14 Indie Spirit Awards nominations,” said Bellamy, President
of Kodak Motion Picture and Entertainment. “There has been incredible
growth in film adoption across the board, with especially staggering
growth in 8mm and 16mm formats from next generation auteurs. The best
commercial and music video directors are regularly shooting film again,
and there are even 6 major television series on film today! We look
forward to taking this night to honor many of those who made 2018 such a
great year for filmic arts and motion picture, and another incredible
year for the medium and the artists who shoot it.”

KODAK has expanded the 2019 awards to recognize more accomplishments in
the visual arts, including industry partners in motion picture, still
photography and other filmic art categories. The Dan Band will feature
as the evening’s live entertainment.

Additionally, Kodak celebrates motion pictures shot on film in 2018,
especially those who have been heavily recognized during this award
season including:

In 2015, McKay and Charles Randolph adapted Michael Lewis’s New
York Times best-selling book, THE BIG SHORT, which went
on to receive Academy Award, BAFTA, Golden Globe nominations for Best
Picture and won the 2016 PGA for Best Picture. McKay earned Academy
Award, BAFTA and Golden Globe nominations for Best Director, and he and
Randolph won Best Adapted Screenplay at the Academy Awards, BAFTA, WGA
and USC Scripter Awards. Initially, McKay made his name in the comedy
world as a founding member of the Upright Citizens Brigade. In 1995,
McKay and Will Ferrell happened to start on the same day at Saturday
Night Live, where McKay remained for six years and became Head
Writer. McKay and Ferrell’s time at SNL led to successful
collaborations that established their unique absurdist style on the now
classic Anchorman: The Legend of Ron Burgundy (2004)
followed by the hit Talladega Nights: The Ballad of Ricky Bobby (2006).
Since forming their company Gary Sanchez Productions in 2006, McKay has
consistently entertained audiences worldwide with a string of movies,
including Step Brothers (2008), The Other Guys (2010)
and Anchorman 2: The Legend Continues (2013).

Kodak is a technology company focused on imaging. We provide – directly
and through partnerships with other innovative companies – hardware,
software, consumables and services to customers in graphic arts,
commercial print, publishing, packaging, entertainment and commercial
films, and consumer products markets. With our world-class R&D
capabilities, innovative solutions portfolio and highly trusted brand,
Kodak is helping customers around the globe to sustainably grow their
own businesses and enjoy their lives. For additional information on
Kodak, visit us at kodak.com,
follow us on Twitter @Kodak,
or like us on Facebook at Kodak.