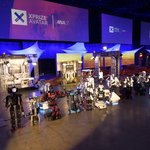 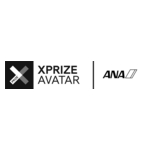 This free and public event, which is being held November 4-5, 2022 at the Long Beach Convention Center and streamed online, is the culmination of a four-year qualification process that began in March 2018.

Through November 5th, teams will push the limits of immersive telepresence technology—robotics combined with artificial intelligence, sensors, virtual reality (VR), haptics, and more—by testing their avatar creations on a series of complex tasks across a custom-built test course. More than 1,000 people are pre-ticketed to attend, including students, educators, and leaders in the fields of robotics, to get a first-hand view of the future of telepresence.

The teams arrived yesterday in Long Beach, to begin their setup and prepare for test runs in their team garages, preparing for the live testing runs, which begin on November 4th.

The final prize purse totals $8M, with the grand prize winner receiving $5M, and second and third place teams receiving $2M and $1M, respectively. To win, the teams must demonstrate the ability for the avatars to execute tasks across a variety of real-world scenarios and convey a sense of presence for both the operator and the recipient in those interactions.

“This competition is not only about advancing the future of robotics; it is, fundamentally, about the future of human connectivity,” said David Locke, Senior Program Director, ANA Avatar XPRIZE. “I’m excited to see the capabilities that the teams will bring at the end of this four-year journey with us making telepresence a reality.”

For those viewing online, the livestream will feature the teams running every 30 minutes from 1:00pm – 6:00pm PT on Friday and 10:00am-4:00pm PT on Saturday, with the detailed testing schedule available on the XPRIZE website. The winners will be announced at the main stage of the Long Beach Convention Center at approximately 4:30pm PT on Saturday, November 5.

See below to get your ticket or to watch history unfold here in LA County:

Founded in 1952 with just two helicopters, All Nippon Airways (ANA) has grown to become the largest airline in Japan. ANA HOLDINGS Inc. (ANA HD) was established in 2013 as the largest airline group holding company in Japan, comprising 71 companies including ANA and Peach Aviation, the leading LCC in Japan. For more information, please visit: https://www.ana.co.jp/group/en/.